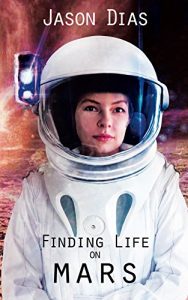 1. Your book starts out with a character, Jaye, who feels she isn’t human because she was, among other things, born on Mars.  What made you head that direction for this book?  Did you related to her experiences personally, or do they reflect what you’re seeing out in the world?

I’m alienated in a lot of ways. We didn’t have autism when I was a kid; I found out about it quite recently. In the 70s I wasn’t autistic, I was just weird. That weirdness alienated me. It didn’t help to be bi-national – British and American. When we lived over there, I was too American for Brits; over here, I was always too British for Americans. So because of a) weird and b) nationality, I was always friends with the outcast groups and otherwise an outsider.

It wasn’t until graduate school that I was allowed to join the grown-up table of life. And, as a psychologist, there is finally value in the outsider perspective. I get to make the implicit explicit in ways that are socially valuable.

Jaye is an attempt to integrate the past life as outsider into the present life as a real boy. Writing her not only describes but creates some of my experience. I wouldn’t say doing this work was fun; I cried the whole time I wrote this book. Both times – I wrote it twice! But the experience was too valuable not to share.

2. I noticed that you did a lot of hard science fiction in this book–a fair amount of research and math.  What were a couple of the more interesting topics that you had to research?

The old adage for writers is to “write what you know.” I tend to ascribe to that philosophy, but also make it a point to know a lot of stuff. I remember being an unconsciously know-it-all ten-year-old boy aggravating my mother. She said, “You know something about everything, don’t you?” And it wasn’t until decades later I figured out that wasn’t a compliment.

I did very little specific research for this book. I read a few news articles to bring myself up to date on Mars; our planetary knowledge always grows. But I worked in Space Command in the 90s, so I already came equipped with some basic knowledge of orbital mechanics, rocketry, space travel and so on. I worked twenty years in developmental disabilities and have a doctorate in psychology as well as my personal experiences of difference. I’m personally concerned about climate change and interested in intelligence real and artificial. Someone else might have had to do significant reading and integration to write this story but it by and large came naturally to me because I write what I know, but I know a lot of stuff.

Remember Friday, the Robert Heinlein character? God, that story was hardly a feminist epic, but some of it resonated with me as a young man. At one point, the super-assassin and sometime space traveler, Friday, gets assigned a desk. It’s a research desk; her job is an early form of “ask me anything.” Customers ask questions, she dives data to find answers. Her boss wants her to naturally learn a big underlying principle of her fictional universe, arriving at her own conclusions by knowing a bunch of diverse topics. This has accidentally been my life, from being a librarian to a space systems operator to food service and retail, developmental disabilities, psychiatry and psychology.

3.  For what it’s worth, do you feel that it’s reasonable to put humans on Mars?  Do you think we “should,” whether it’s reasonable or not?  Where should we head with our space program, in your opinion?

The barriers to life on Mars are significant. Even the soil is toxic. No amount of terraforming can create an atmosphere because there isn’t enough gravity or a molten metal core to create a magnetic field to deflect solar particles. Not impossible, but a huge challenge with a lot of one-way tickets involved.

The question wouldn’t be so much could we or even should we as why would you want to?

Lately, I see interest in Martian colonies as the desire for an escape hatch. And stories about such colonies are very popular at this moment in history. The thing is, it isn’t a viable escape hatch by any realistic measure, and thinking of it in those terms distracts from very real Earthly problems: climate change, environmental degradation (especially affecting ocean life), geopolitics including the decline of democracy at home and abroad.

I’m generally a pessimist about space travel. Too costly, too slow, and ultimately not much point. My Martian colony was established not as an escape hatch at all but as the appearance of one: to give people small hope in the last days of of a viable Earth. As long as they thought they could win a ticket off-planet, there was some continuing reason to go on. This is why the colony is under-resourced at the time we drop in to visit. It was never really meant to succeed.

Going to Mars is probably a thing we need to do – to study it, to gain our space-legs (as Heinlein would say), to prove to ourselves that we have courage and fortitude. But thinking of our human future has to focus on our one and only home, the place where we keep all our stuff.

4. Your book has a very philosophical bent, but in what struck me as a very rebellious sort of way, which reminded me of books like The Master and Margarita and Roadside Picnic, as well as Stanislaw Lem.  Can you tell me where you were coming from on a philosophical level, and whether you feel you achieved your aims in that respect?

I remember again being a child, a young man this time. It was a humanities class and I must have been 15. The subject was future careers, and I asked if there were any money in philosophy. Everybody laughed and I didn’t understand why. Luckily, they thought I was kidding. But I’ve always wanted to make my living thinking through complex human problems. At first, as a writer – I idolized Asimov and King and Clarke. Later, as a psychologist. When I discovered existential psychology, this little corner of psychology was balm for wounds I didn’t know I had.

In academia, we spend too much time writing for journals with narrow scope. I’m have a few publications aimed at humanistic and existential practitioners. That’s fine, but it’s a lot of work to swap stories with people who already agree with me. I’m a lazy man at heart, and if I have a choice between writing in APA style and being punched in the face, I have to ask “how hard?”

My fiction is definitely a way of getting out the intellectual and emotional treasures I’ve discovered in existential psychology and sharing them with people in an accessible, hands-on way. More like a discovery center where you can touch everything, play with it, see how it works, and definitely less like an old museum with everything dimly lit and under UV protective glass.

In a way this is intentional, a goal. In another way, “existential psychologist” isn’t just a job you can do; it’s an identity. I had to remake myself as a human to do this. So the philosophy isn’t only something a know but who I am as a person, and the best way to share it isn’t to talk about it but to embody it. I am grateful to a whole host of kindly teachers and mentors, some of whom are now dear friends, for being with me through this work.

It’s for sure an act of rebellion to write stories in this mode. Putting “literary” on the cover is the kiss of death for a modern novel. I ended up doing everything myself because this work is not at all commercial. It’s for a particular kind of reader: one willing to think, grasp for meanings, and to share in my sadness.

It still makes me cry to read it, so I would say it is a success in that limited fashion: it’s authentic. It isn’t modified to fit a market. It’s me. Beyond that, I couldn’t say.

5.  Where do you plan to go in the next book in this series?  Without giving away too many spoilers, por favor… I struggled to imagine that the first book could get resolved, so it’s been boggling my mind.  “Where do you even GO from here?”

Not planning a series here. I’m flattered that people keep asking: it means that someone has really identified with the characters and immersed in the world such that they aren’t ready to leave it. That is gratifying and I’m extremely pleased. For me, too, Jaye’s little world holds enough attraction that I do have the tickles of ideas for more stories.

There is a prequel already: What Hope Wrought visits the last days of the Earth Jaye’s father conspires to leave. Some of the characters in Finding Life on Mars also inhabit this dying world in at least minor ways. That story, too, focuses on a character struggling with the notion of being human.

The last page of FLOM does offer a direction for future inquiry. I’d invite folks to read that last page again. If another book emerges in this universe, it will explore that final event, and be related to the problems of the dying Earth in WHW: synthetic life, artificial intelligence.

Finally, there is a crossover story linking What Hope Wrought to Finding Life on Mars. “The Endpoint of Sentience,” the titular story in a collection of shorts, visits some of the logic and tragedy of the final intelligent decisions of Merlin’s inhuman offspring left behind on Earth.

6.  Is there any note that you’d like to leave your readers on?  (Hint:  the additional promo question.)

If you like this meditative, broody style of writing, Finding Life on Mars is far from my only work. I write across genres, always reflecting though on basic existential truths. For Love of Their Children does this work in a high fantasy setting, additionally throwing diversity into a genre that lately is much too Euro-centric and hyper-masculine. The Worst of Us is a supernatural thriller that, underneath the horror-story pacing and terse thriller structure is a meditation on guilt.

But before rushing off to fill the empty space we all find inside us when we finish reading a novel, I’d love if readers took some time to consult themselves about this story. Did you cry? Did you identify with a character? Was there any emotional content beyond entertainment? Discomfort? It would be lovely to sit with whatever came up in the course of reading this thing, and I’d love to hear about it. 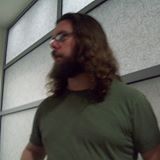 Jason Dias is a doctor of clinical psychology with fifteen years of experience working with developmentally disabled adults, four with people in severe states at the psychiatric hospital, and nine doing international psychology. He is co-founder of the Zhi Mian Institute for International Existential Psychology, an organization helping Chinese psychotherapists to acquire counseling skills and develop professional infrastructure.

Additionally, Jason writes. His credits include web journals and articles for The New Existentialists and A New Domain, two book chapters about existential psychology, a book of poetry and several novels and anthologies. He worries that academic writers spend too much time writing for journals only read by people who already agree with them and tries to get big ideas out in other formats.

Jason lives in Colorado Springs with his wife and son and keeps mostly to himself.