Strike against the evil that lawyers and ex-lovers do by picking up this story for free this weekend at Smashwords using coupon code UH37C! 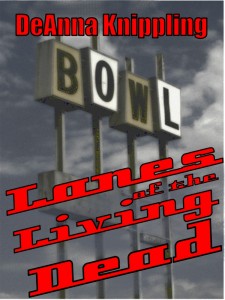 It ain’t easy being divorced. But Bart’s ex-wife’s lawyer, also a voodoo priest, didn’t make it any easier.

People say I’m an optimist, Mr. Half-full-of-it, but I like to think of myself as practical. As I like to say, “Don’t see problems, see opportunities.”

Bart don’t talk much, but he’s a hard worker.  As I like to say, he works the job, not the clock. Oh, he has a temper, and he’s a bit literal-minded, but everybody’s got their faults.

The only real problem we’ve had with Bart is with potlucks. After the first couple of times of asking him what was in his chili or cassaroles, we told him he had to bring chips instead.  Nobody likes to find out they’ve been eating calf brains after the fact.