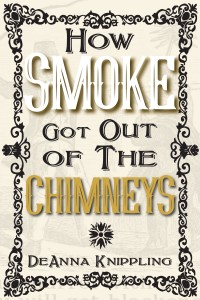 How Smoke Got Out of the Chimneys (Smoke #1)

(still some links going up)

London, England. 1840.Gangs of four- and five-year-old orphans are being used as “apprentice” chimney sweeps–they’re the only ones who can fit down the narrow chimneys, taking brushes and baskets down with them into upper-class Victorian homes to scrape out the creosote. It’s good for ‘em, don’tcher know?Caroline, a.k.a. the infamous Smoke, is one of the older orphans, who help lift and lower the smaller ones, handle the customers, and keep the gang runner, Hasty Wallace, from flying off the handle. But rumor is, it’s time to shuffle the sixteen-year-old orphan off to other business ventures. Ones with mattresses. Lots of mattresses. If it were up to Hasty (and it is), Caroline will disappear into a brothel in Whitechapel…or a ditch. Honestly, he doesn’t care which.It’s time for Caroline to get out of the chimney business. And maybe it’s time that Hasty Wallace learned a thing or two about orphans…

The sequel, “How Smoke Delivered a Christmas Present” is in the Very Merry Christmas Bundle, full of Christmas cheer.  I’ll put the next story up on other sites after a bit – right now it’s exclusive to the bundle 🙂 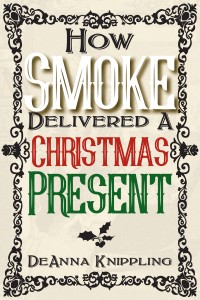 How Smoke Delivered a Christmas Present