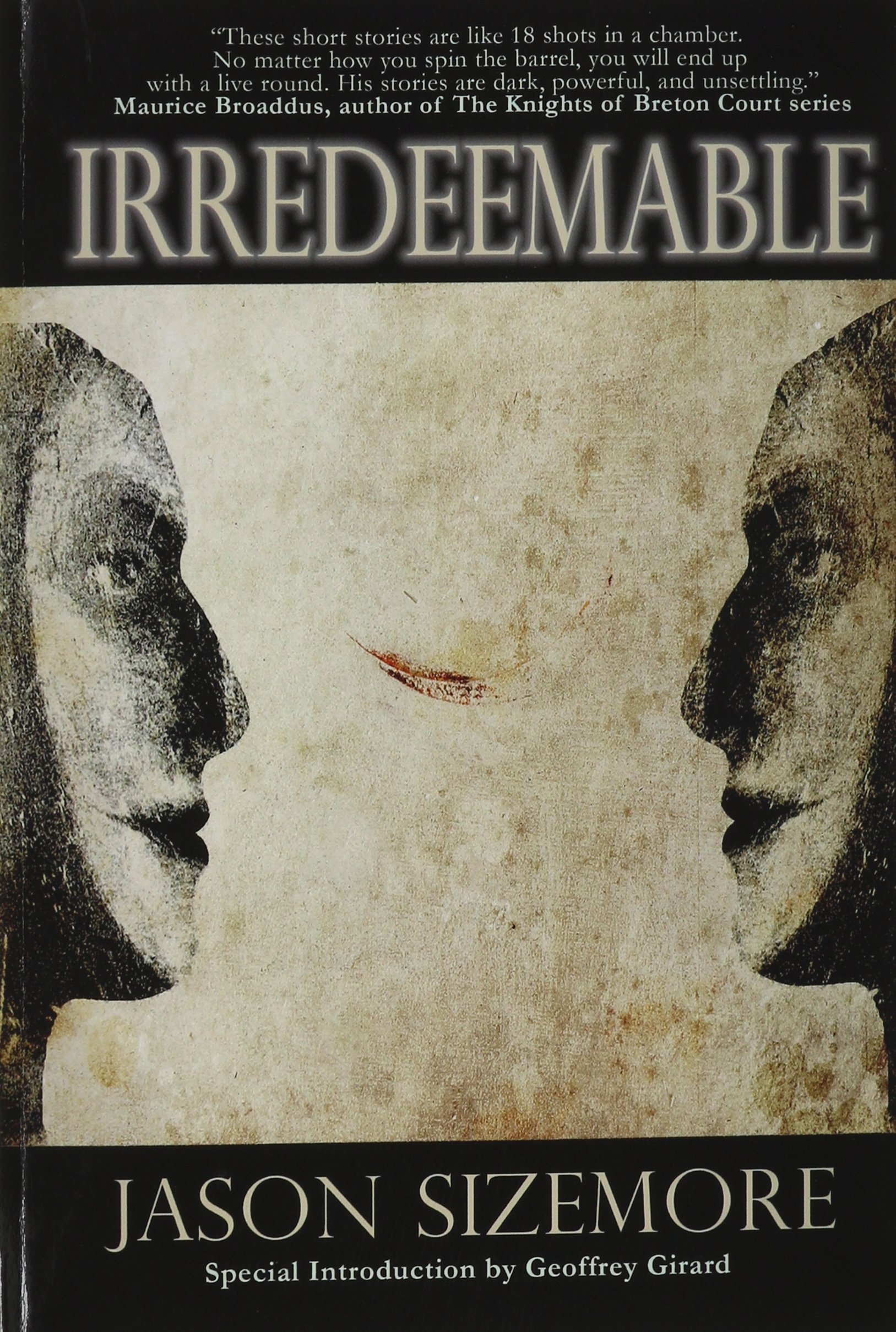 Disclosures: A) I used to slush for Apex Magazine, of which Jason is the publisher, and B) I got a review copy.

I’m reading (as I’m sure you’ve heard me go off about by now) Nightmare Magazine Top 100 Horror Books.  What I’m seeing, as I work through the Bs of Barker, Barron, Blatty, Bloch, and Bradbury, is that (other than Blatty) I’m not finding these stories particularly scary.  I like them all well enough, but they’re not really horrifying to me.  Here’s what seem to be the basic revelations so far:

Now, in my world, old people don’t scare me, and death is a Goth chick in a top hat.  (Okay, sometimes old people scare me, but not necessarily because they are approaching death, but because of the things they take for granted, like Hey, you should destroy your personality when you become a mother, or Hey, wouldn’t it be great if Jesus came and set everyone on fire?)  White people can, in fact, learn how to get along with everyone else, and “men” isn’t an end-all be-all club anymore.  And in my world, what we call it when you have to stop taking things for granted is called “wisdom,” not horror.

And they gave me nightmares.  Which none of the Bs have managed to do yet, although I need to reread Blatty before I can really make a final call.  I’m not sure if it’s just me or what.

Here’s what Jason’s stories have to say:

These things, I can relate to.  In my world, they matter.  But that also means that I don’t know that I’m the most objective judge of the stories, either.

There were some that I thought very well put together (“Caspar,” “Sonic Scarring,” “Yellow Warblers,” “The Sleeping Quartet,” and others), and some that I thought were weaker, that hadn’t explored the line of thought all the way down (“For the Sake of Pleasing”), or had gone for the easy, quick kill instead of being very Jasonish (“Hope”).

And then there was “Shotgun Shelter,” which made me shout and almost toss the book across the room–it’s presented here as a short story, but it’s really the opening of this great novel somewhere between Joe Lansdale and Stephen King and why the @#$% did I get robbed by having it end so abruptly?

I look forward to him finishing the novel.  Which I doubt he has plans to finish…yet.

Release Day for A Murder of Crows – How You Can Help