Alice’s Adventures in Underland: The Queen of Stilled Hearts #3

Now available at Amazon, Smashwords, Gumroad, and Kobo, with Apple and this time Barnes & Noble coming in hindmost this time.

Ep #1: blog, Amazon, B&N, Kobo, Smashwords, Gumroad, Apple, and more.  Free at the blog, Kobo, and Smashwords links; the others will follow. 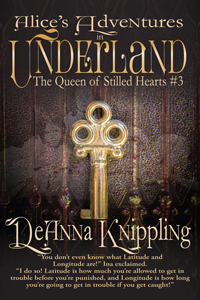 Episode 3: In which Alice, her sisters, the Reverend Mr. Duckworth, and Mr. Dodgson boat up the Thames, and a story–the story–is begun.

Alice’s Adventures in Underland: The Queen of Stilled Hearts #1