In For Writers, Uncategorized 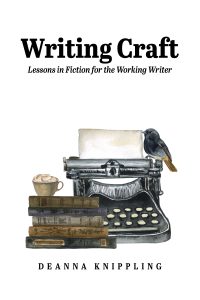 (This is from my writing craft series; you can read more on Patreon. Please note that these first posts are about things that aren’t strictly about the craft of writing, but the craft of surviving as a writer, if you will, because I want to get them out of the way first.)

Believe it or not, the secret of writing faster is to not write slowly. Whatever your normal typing speed is, that’s your normal writing speed, unless you’re doing something that slows you down. You can write as fast as your fingers will carry you forward—if you don’t get in your own way.

That’s a pretty big if, though.

Most of us have been taught to distrust ourselves, our perceptions of the world, our creative natures in general, and our imagination in specific.

And, unfortunately, most of us don’t actually start out knowing how to write professional-level fiction, and are trying to assemble a working theory from first principles…while we’re making up a story.

In theory, writing fast is simple. In practice, quite hard.

The tricks of writing faster come down to forcing or fooling your brain into not noticing that it’s typing faster than it thinks it should—then measuring the speed—then telling your brain that that is the new acceptable average speed.

Some tricks still might help while you’re learning, though…

(Click here for tips on how to write faster, and more often!)

What Makes a Good Blog?