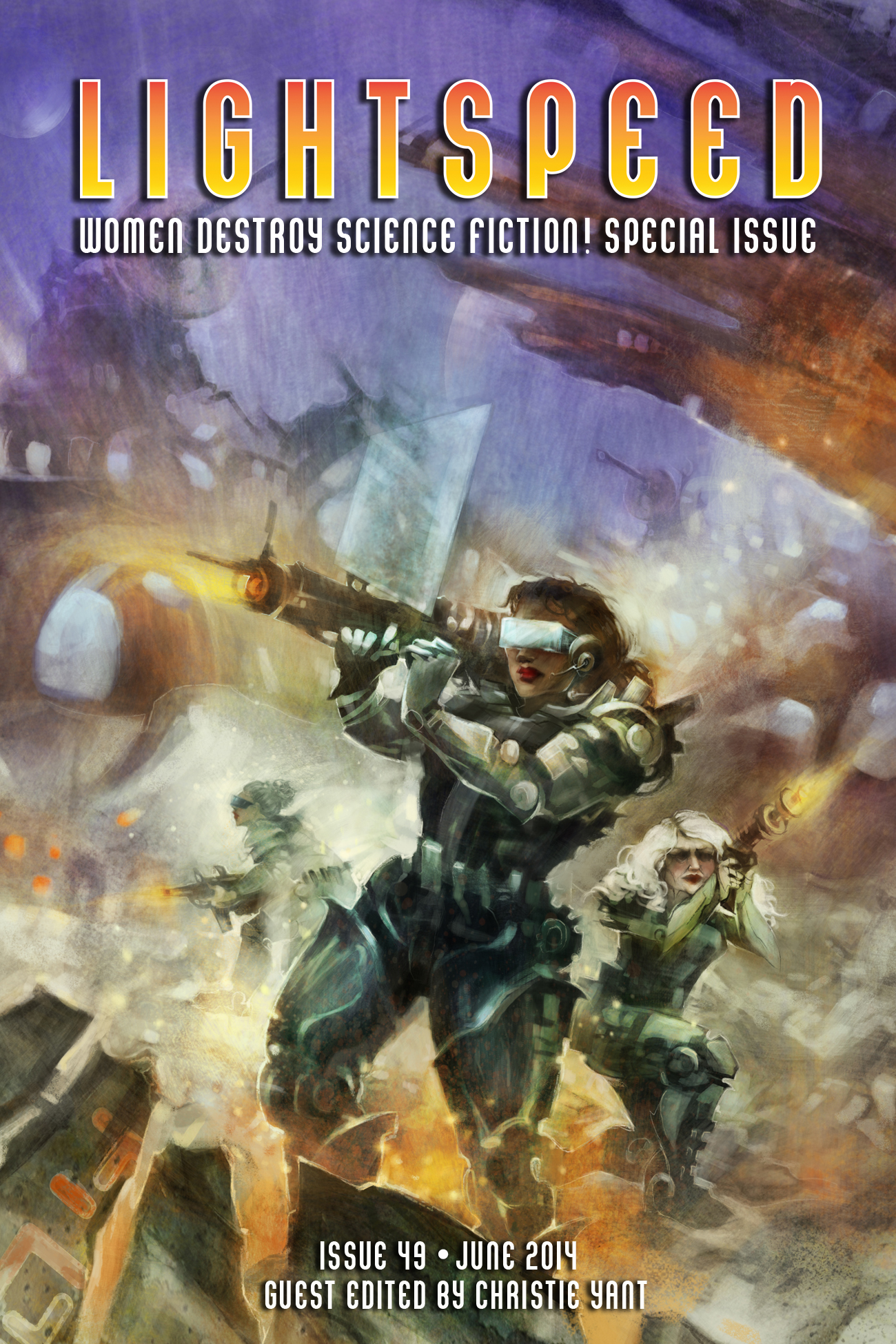 I have an essay (a brief one) in WDSF, an essay about finding the kind of science fiction that I want to find, and how science fiction has to outcompete the various media that my daughter’s exposed to: science fiction needs to be able to appeal to a kid who’s watched Powerpuff Girls, you know?  She isn’t going to put up with stuff that’s scientifically interesting but dull plotwise and doesn’t feature any women in it.  Why should she?

I don’t feel horrifically angry about women being excluded from SF or anything.  I think there are inroads being made, although not perhaps so much in hard SF.  (I’d love to see an anthology of just hard SF written by women…as well as non-military romance being written by men.  But I digress.)

What I do want to note is that SF is facing the same kind of choices that comic books are.  How are you bringing in kids?  It’s not enough to say, “Oh, well, we just hand them Heinlein juveniles and the love of outer space will take care of itself.”  Au contraire, mon frere.  Heinlein juvies are no longer able to compete.  My daughter just can’t relate to Heinlein.  There are too many outdated elements, both from a scientific point of view as well as from a “she hasn’t been conditioned to put up with this crap” point of view.  Male protagonists who mock girls?  Female protags whose point in life is backing up the guys and becoming love interests?  Heinlein might have been arguably advanced for his day, but why the hell would my daughter bother with that kind of book?  And even the target market, boys, aren’t getting hooked on Heinlein anymore.  Not like they used to.

With so many options, it’s not like SF can afford not to reach out specifically, deliberately to girls.  Or to kids of color.  Or to kids who are handicapped.  Or to kids on the autistic spectrum.  Or a hundred other different markets.  We need everyone.

One of the best SF stories told in recent decades.  Not a story that could be told about a bunch of white guys and a token helpless female.

I’m not saying SF needs to be destroyed or anything.   I’m just saying we don’t need more Asimov, Clarke, and Heinlein.   What we need is more Firefly.

So…Which Stories Do I Write?