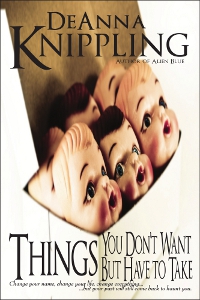 Things You Don’t Want but Have to Take

Madeline lived an ordinary life, married to a company man, staying home all day to help out at church, bake cookies, and pretend that she had never been anything but a housewife. Then the past comes back to haunt her: a box, carefully taped up, containing a horror that she’d never be able to get rid of, never be able to hide from. Not for long.

She’s decided it’s time to stop running from the thing in the box.

She just has to find a way to keep David from ever finding out. 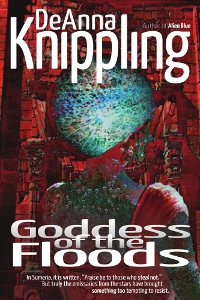 Goddess of the Floods

The gods can build in a single night a tower that would require the toil of many men over many seasons. Balathu, chief of scribes, brings the King’s offerings to the gods. Balathu is a virtuous man, but the tools of the gods—a mysterious woman, made of water, and forbidden to any man’s touch—are lovely in his sight, and in the sight of the King. 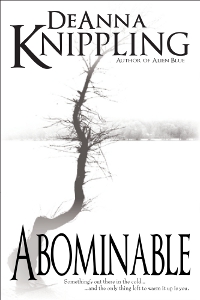 You’re just a guy who fell in love. Fell in love with a woman and got her pregnant. And married her. And helped her rebuild her family farm. And had a kid. And…and now she’s leaving you. You need something to ease the pain.

You need something warm.

The only problem is that you’re not the only one. Something’s outside in the snowstorm…and wants to get in.

Mecharai: What to do with all those empty video stores?