This Friday, for our fabulous Friday promotion, I have stuff of my own to talk up. 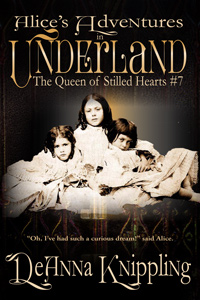 The last episode of Alice’s Adventures in Underland: The Queen of Still Hearts is up.  ERK.  I may have given myself an ulcer over it, although it does now have the ending that really ought to be there instead of the ending I originally chickened out over.

This is a zombie book, after all.

You can find it at Amazon, Barnes & Noble, Kobo, Apple, and some other places.

Next up, I will be putting together the collected edition (and print book) so I can have them out this year, which is the 150th anniversary of the book’s being published; I will very shortly be looking for beta readers on the collected edition, if you’re at all interested. 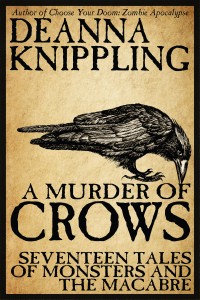 My short story collection, A Murder of Crows: Seventeen Tales of Monsters & the Macabre, is discounted at Kobo for 30% off from March 27-30th with the code GET30.  You may, however, pick it up pretty much anywhere you like.

You can also get 30% off many other ebooks from Kobo using the same code.  The page listing the applicable books is here.