I have a new story up, under another pen name.  I hadn’t planned to whip this name out until I got YOUR SOUFFLE MUST DIE out, but it really is that same sensibility.  Sam from YSMD is shinier…but just as violent, underneath it all. 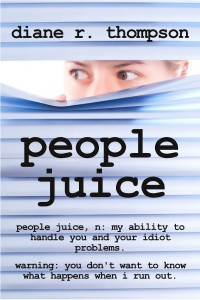