The new cover…I started with a version of The Hobbit and the old cover and…went from there.  It’s available at Amazon.com, Smashwords, B&N, and more, but the new cover won’t be up on some sites right away. 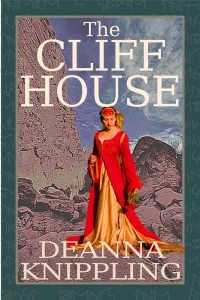 Ardahl is a weaver of magic and demons—of the power that flows through the land. But he’s a prisoner of the land as much as its master, a prisoner of the Cliff House, where the ruler of the land always keeps a trapped magician to summon water for the people. Now the land has twisted near the breaking point to feed them…but the princessa won’t let Ardahl stop squeezing it. Squeezing it dry.