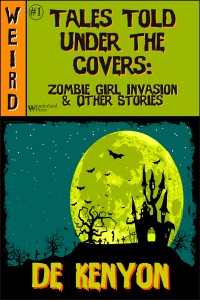 Now at Smashwords, OmniLit, Amazon.com, and Barnes and Noble.  (Still waiting on the iBookstore, Sony, and Kobo.) Print at CreateSpace.

From Attack of the 50-Foot Sushi Monster

Sometimes playing with your food can be deadly.