A short story collection of contemporary fantasy and mundane magic.  At Smashwords, B&N, and Amazon.com, with more sites to come.

One of my favorite writers, as a kid, was Zenna Henderson.  I loved The Anything Box.  I never really got into The People as a series, for some reason–but The Anything Box. It was an amazing short story collection, about half about kids and the other half about adults.  All of it was about…normal things.  Jealousy.  Kids playing in a sandbox.  The vacuum cleaner.  But each story was mixed with something magic, so you’d look at it again.  The only way to get rid of the jealousy was by catching a magical beast-fish thing and ripping the hell out of the hand that slapped your wife.  Kids were playing in a sandbox to try to stave off the end of the world–really.  The vacuum cleaner was there to clean up, not dust, but noise…including heartbeats.  And the Anything Box itself.  Well.  If you haven’t read it, why not?

So here’s my effort at doing the same–a couple of mirrors, fabled Scotch that tastes awful, a guilt-ridden cancer patient, an art-glass crafter, a guy with a couple more mouths to feed than he can support.  But the mirrors change you, the Scotch carries a secret, the cancer patient is staying at the real fountain of youth and trying not to get healed, the crafter shares a sense of justice with a creature from another dimension who sounds just like Stephen Fry, and the extra mouths belong to a dead brother who won’t stay down. 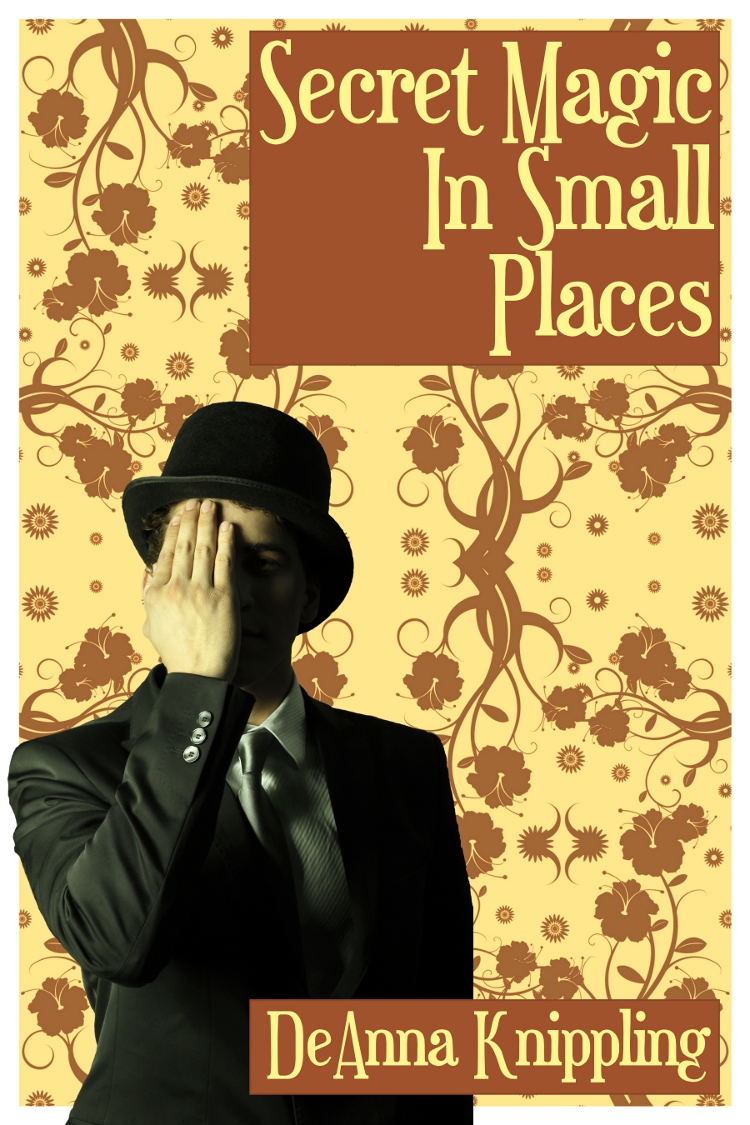 Inside every ordinary life hides a few instances of secret magic.  The intuition you can’t explain.  The coincidence that can’t possibly be true.  Ten stories that capture that incredible moment before the mundane world explains it away as coincidence, technology, or the ever-convenient “gas leak.”

Current technology exists that can see you and integrate your behavior with its response—ads in subways that appear or disappear when you look at them, video games that track your every movement. This story is about a slightly more advanced version of the same technology. Too bad we don’t have technology that can make us see our own mistakes as clearly. Another mirror story: we see what we want to.

“I can’t see myself,” Thomas said, raising his hand to touch the Mirror. The reflected room behind him was pale gray and filled with a line of guests, each craning their necks to see around him. It was a terrible sight to not see himself, and he smiled in delight even as his eyes filled with tears. His body grieved for the lack of himself and the knowledge of how little he mattered, even as he felt like crowing with joy at how well it worked.

“Sir.” The guard shook his head. “Don’t touch.” He’d been saying it through the whole opening, no doubt, to incredulous guests trying to touch the work of art or science or whatever it was. Keeping people far back enough from the frame so they didn’t spill wine on it when they realized what they were seeing—or weren’t.

The real trick was in the way the cameras removed the viewer’s image from the screen. The cameras didn’t just edit out the image of the viewer—which would have removed all people from the image—but placed a subtle pattern layer over all moving objects. The pattern was cued to align with the orientation of each object’s eyes, if it had any, and simulated the sensory data the eyes sent to the brain from the area directly over the optic nerve, or blind spot.