Pantsing: Reading from the Book of Books

Plotters seem to feel that pantsers are cheating somehow.  “Just admit it!  You’re really plotting! You’re using a mental template and just filling in the blanks as you write!”

But no.  Pantsers aren’t filling in blanks on a Madlib template.

They’re using a book inside their head, but…it’s not just one book or one template. It’s a book of books, a fuzzy sum total of every book they’ve ever read (and especially every book they’ve ever studied).  Every book outline that they’ve ever personally encountered plus every possible book outline that could be worked out using the book outlines that they’ve ever encountered is there, at least in potential.  Some writers have bigger books of books than others; some writers have clearer known pathways (and essentially writing the same book over and over).  One’s skill in using the book of books varies.

The process isn’t about filling in the blanks, but calling back to the book of books in their heads and saying, “What’s the most fun thing that could possibly happen next?”

My new cheesy ’80s horror novelette is out!  The start of a series.  The next book is written already even!  Three woman go after a supernatural serial killer, looking for bloody, vicious revenge… By Dawn’s Bloody Light. 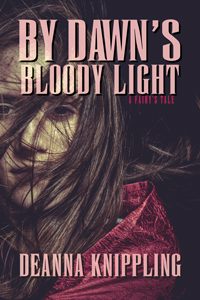 Writing: Do It For Your Inner Two-Year-Old