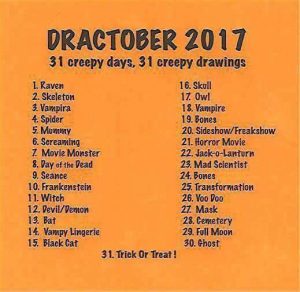 It was time to face the airplane.  Lakeisha’s son lay injured in a hospital in Hawaii.  She had to go.  Cars and trains would not do, of course, but Donte, in a delirium, had left her a message:  The bone man will be on the boat this time.

The trouble was, she believed him.  She’d never told him about the bone man, which wasn’t a man at all.  So, against all sanity, she had bought a plane ticket instead.

And now, standing at the gate of the airplane, she couldn’t force herself to get on the plane.

Oh, her luggage was already on the plane, but she wasn’t.  The attendant at the gate said, “Ma’am?  Are you all right?”

“I’m terrified of flying but my son is hurt over in Hawaii so I have to go.”

The woman’s face softened in sympathy.  “Can I walk with you onto the plane?”

Lakeisha couldn’t see how that would help, but she couldn’t turn down the offer. “Please.”

The bone man was a childhood delusion.  It was all the fear she had felt as a child of that previous plane crash, made into a monster.  She had run off in the woods and been abducted by people, bad people, and had fought her way free.

The attendant, who must have been all of twenty years old, held out her hand, and Lakeisha was surrounded by the cloying scent of raspberry hand lotion.  It wasn’t exactly soothing, but it snapped her out of the worst of it.  There were no bone men in the world of Bath & Body Works.  They did not stalk people in the woods, let alone at a shoddy airport terminal with stained blue carpet underfoot.  She clutched the attendant’s hand like it was a piece of raw, unfeeling meat and they walked together down the gangway.

She shuddered as she stepped over the empty place between the walkway and the plane.  What if something reached up through the crack to get her?

“When we disembark, ma’am, please stay in your seat, and I’ll come to get you,” one of the stewardesses said, after a brief discussion with the attendant.  “It might feel like you’re trapped with all the passengers trying to push their way out,” she said, and Lakeisha wished she hadn’t, “but I promise that I’ll come as soon as I can.”

“And give me a wave if you need help.”

“I’m sorry about your son.”

At first she thought she would die of a heart attack when the plane finally took off.  But then she realized she was laughing—laughing hysterically—from the stress.  Someone gave her a vomit bag and told her to breathe into it.  She did.  She had the middle seat, crushed in on both sides, and she was grateful for it.

The flight was long.  Too long.  She checked her phone a dozen times an hour.  They were supposed to arrive in seven hours and twenty minutes.  That was how long the flight was supposed to take.  A nonstop flight.

“Are we there yet?” she asked.

“Not far now,” said the woman beside her, patting her arm.

“Only, we’re supposed to be there already.  Aren’t we?”

“And they haven’t announced a delay.”

The woman patted her arm again, and started to sing a hymn, “How Great Thou Art.”

A loud bang made her look around her in panic.  The singing woman raised her voice as the passengers around her started to scream.  A hole appeared in the top of the plane, a long bright line of nothing.

A thin claw, made of bone, raked through the metal like it was butter.

Lakeisha started awake.  She was still at the airport, she had dozed off in one of the seats.  She stood up on shaking legs and began to walk away from the boarding area.

She didn’t look back.

Let the bone man come and get her, she thought, and booked a flight to San Francisco and a cruise ticket for the rest of the way.  It was one of those ironies.  Four sea days instead of seven hours, and all that money…and she was still going to have to fly on a plane.

But that short flight was nothing.  Easy peasy, she thought, prying her fingers loose from the armrests after takeoff.

When she landed it was to about a hundred different reporters flashing their cameras in her face.

And that’s how she learned that her first airplane had gone down in the Pacific, nobody was sure where yet.

“I had a nightmare,” she said.

“Is it true that you survived a plane crash as a child?  Do you have an intuition about planes?”

They found her three days later on a life raft in the Pacific, all alone, holding a piece of damp bone in one hand, as if she had been gripping it for comfort.  The cruise ship had gone down the night before in a terrible malfunction.  She was a hundred miles away from the rest of the passengers they’d recovered–every single one of them dead.

And, once again, she didn’t remember a damned thing.

My family went to the 13th Floor Haunted House in Denver this year, and I had a blast–fear and delight.

But the really cool part is that I saw the bone man there, a huge aniamatronic centipede thing with a massive skull on top with pointy teeth and lots of swaying mandibles.  It made no sense, from a biological point of view, but I gasped.  I’m sure I had little hearts in my eyes.

It almost got me on the way out of the room, too…