Alien Blue is now available not just at Amazon.com, but also at Smashwords, Apple, Kobo, and B&N.  And in print. Huzzah! 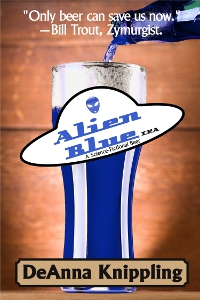