The press would ask, “Mr. Waits, are you the devil in this movie?  You’ve been the devil several times in your acting career, and we’re wondering whether you’re starting to feel typecast.  Can you comment on that?”

He snorts at “acting career” and says, “Define ‘devil.’ ”

Now at Smashwords, Barnes and Noble, and Amazon.com. 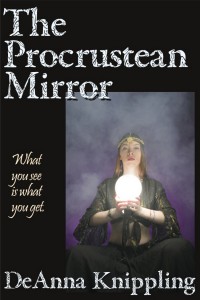 Tom tracked his wife as far as the Zorcico before he ran out of leads.  Now the bartender’s trying to tell him he can either have what’s in an old wooden box, or he can find out what Betty was coming to the dive bar for.

Blue smoke curled from the end of the bartender’s cigarette like the wrist of a card shark practicing in slow motion. The waitress’s mirror shades flashed in the light from the open door.

Tom said, “This is the Zorcico, right?”

The waitress pulled beer mugs off a table and jabbed at a puddle of beer with her dirty towel. Tom shut the door behind him. The glass had been painted out and the handle was sticky with handprints. A jukebox tinkled a song orchestrated for piano, musical saw, and howler monkey. The customers, mostly men in greasy blue jeans and baseball caps so filthy you couldn’t tell their hometowns, had already gone back to playing craps.

“Turn that shit off, Larry,” one of them said.

“Screw you, Foley,” the bartender rasped. The tip of his cigarette jerked and the blue smoke went jagged. “You want something else, drop a fuckin’ quarter.”

Tom walked to the bar, sat on one of the cracked vinyl stools.

Tom handed him the picture. He picked it up and held it to the light, like he was trying to see through it.

“Betty,” the bartender said. “You the schmuck?”

Behind him, the door opened. Tom took a quick glance out of habit and saw a silhouette of a big man holding his head off-kilter. The door closed.

“The usual?” the bartender asked.

The big guy nodded. The more Tom’s eyes adjusted to the dark, the worse the guy looked. Cancer? Tom wondered. The guy’s clothes hung off him like there was nothing but a skeleton underneath.

“Shit, Cavanaugh,” one of the other customers said.

The bartender jerked his head at the waitress. She dropped off the mugs at the bar, wiped her hands on her apron, and said, “It’s time.” She had a terrible voice, a flat, gravelly monotone just this side of a voice box. She and the big guy disappeared down a hallway on the other side of the bar.

Tom said to the bartender, “My wife?”

The bartender bent down to get something under the bar. Tom saw himself in the smeared mirror behind him, and he was reminded of why Betty had left him. He was fat and bald and had beady eyes and a stupid expression on his face and his mouth never quite shut. He looked like a bulldog with a mustache. Tom wiped the dried spit from the corners of his mouth, and then the bartender stood up.

He hefted a small wooden box, just big enough for two decks of cards, and set it down with a thump. The box was a cheap import carved with a caged elephant and inset with pieces of yellowed mother-of-pearl.

Tom picked up the box. It was heavy. “She leave this for me?”