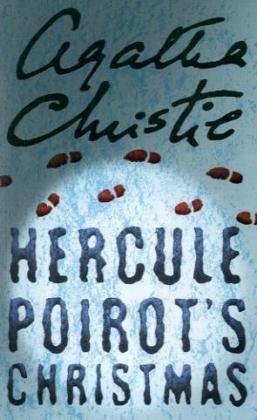 This is Star Wars: A New Hope.  The Conan stories.  Roger Zelazny’s Amber (and a good bit of his other work).  Stephen Brust’s Dragaera stories.  Sword & Sorcery loves this:  the format is basically a heist story in fantasy clothes, or some other type of crime story in fantasy clothes, although I do love the Conan story where he and his ladyfriend are basically just looking for water in this deserted desert town they run across and all hell breaks loose.

As far as I can tell, there are three main areas of contemporary fantasy that are so separated from each other that it’s pointless to try to lump them together.

Tropes and fans can and do cross over, but trying to figure out what’s going on seems to require some categorization.  Grimdark is another question entirely, because it has both fantasy and science fiction under its umbrella.  Portal fantasy fits comfortably under epic, at least as far as I can tell.

So when I talk about epic fantasy, I mean fantasy set in a secondary world, not Earth as we know it (although it may turn out to have been Earth all along), to which the term “grimdark” may or may not apply.

The first plot I’ve picked out:

This is The Lord of the Rings.  It’s some of the Narnia books (The Last Battle especially).  Exhaustion, PTSD, grief.  The Last Unicorn.  It’s not like the horror movie It Follows, where no matter where you go, the thing is following you.  It’s just not that personal.  This is more about war.  Strangely, Star Wars, which uses a ton of fantasy tropes, or rather tropes that were strongly adopted by the fantasy genre, doesn’t do this.  The characters in Star Wars are often going back to places they’ve been, or not going the places they were supposed to go.

When to Tell the Reader?

Here’s the structure of a scene tends to go:

You can tell them more things in the scene, in dialogue, in backstory, etc.  That’s fine.  Just don’t save the information until after the reader needs to know.  It’s too late.  The toddler is in the middle of the grocery store screaming; the reader puts the book down.

The most important thing you can tell the reader is information that will lead to the reader wanting to spend more time with the characters, in that world.

Not action.  Like…any…action.  Your characters may pick their noses.  That’s about it.  They may not act or react to any events.

That goes in the middle.

Every writer has at least a couple of rules that they have to break, in order to become their own best writer.

You may only break those rules if the reader will get more pleasure/interest/benefit out of those rules being broken than otherwise.

Don’t be lazy.  Be creative.

I’m not sure how to explain it, but I’m trying to look at the best of the best books that I read and see them as a librarian might–who needs this book? who would love it?  I read this one recently and was very impressed. 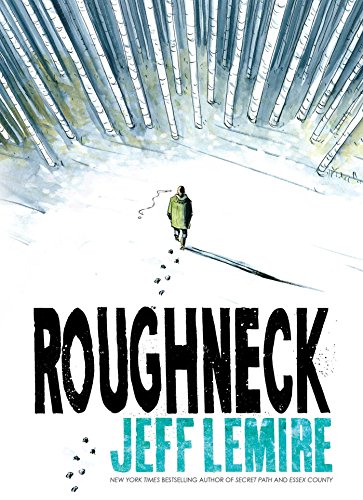 Roughneck is a standalone graphic novel by Jeff Lemire, who does a lot of work in comic books and may be best known for writing Old Man Logan, the inspiration for the movie Logan.  What I know him best for is his series Sweet Tooth.

This is a book that features a lot of violence, but focuses on the question, “What happens when you throw yourself away?”  Two First Nations siblings in Canada who have gotten themselves into what at first seems like an insurmountable amount of trouble are given a narrow, narrow window to save themselves–but it doesn’t look like they’re going to be able to change enough to do so.

I highly recommend this book if you need something to hand to a teen reader who is struggling with violence or short-term thinking, or who just doesn’t like to freaking read.  It’s a quick but chunky read, about 270 pages more filled with action and the ice-cold Canadian setting than it is with dialogue or weighty description.

I also have to admit that if you’re a grown-up who loves Bill Patterson’s art style and wondered what it would look like with adult material (there are no stuffed tigers), this would do up a treat, too.

A door opened, and an apocalypse stepped in.

This is, obviously, The Stand.  But it’s also things like Braveheart, the Mad Max series, The Dark Tower, and more.  Epic horror?  Got it covered.

A lot of writers edit their words until they behave themselves properly.

Don’t be that writer.  Words shouldn’t behave themselves.

What Is a Cozy?

Cozies are a subset of the mystery genre in which the author distracts the reader from the PTSD areas of their lives.  They’re the gentle hugs of stories, and yet they revolve around some crime, because nothing is as entertaining as gossip.

An Agatha Christie quote I pulled from Goodreads:

“I like living. I have sometimes been wildly, despairingly, acutely miserable, racked with sorrow; but through it all I still know quite certainly that just to be alive is a grand thing.”

A Song of Ice and Fire: Structure/Word Count Case Study

In For Writers, Pacing

The post about word count and subplots was getting long, so I’ll break this out here:

I think George R.R. Martin is writing parallel novels inside each of his books.

In conclusion, GRRM is probably structuring his books specifically to mess with your sense of how a story “should” be, and killing off characters just so you can have the requisite number of pissed-off moments per book.

I need to do a lot more work on ASOIAF, so this is really tentative 🙂