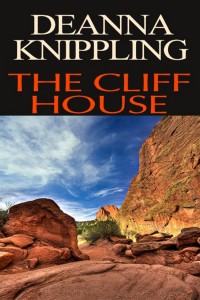 Ardahl loves his land, even though he’s been crippled in its service and trapped in the Cliff House to work the magic that brings water.  But using the magic twists the land so tightly that it must break, sooner or later…

“Godsfather, I need your help.”

“What is it, brightness?”

“It’s Harken again.” Her newly-married husband, a man I have never met. He sounds like a scoundrel, but what do I know?

We duck and scoot into the main cave, which I have furnished throughout the years as a comfortable nest, one that can be tied down tight in storms or opened up wide in fair weather. Perhaps it smells from my close confinement and inability to wash out the rugs, but I cannot smell it. I can smell newly-baked bread and Mira’s sweat, that is all.

Mira smiles and curls up on a pile of cushions, worn around the edges but embroidered with red and gold thread, stolen from the princessa’s parlor on the Hill. I give her a cup of root tea from the stove and settle back on my own pile of cushions, much plainer and more worn.

She sips at her tea, wincing back from the heat. “It’s bad.”

I wait for her to burst into tears and confess all, but she only sips at her tea. “Godsfather, can you keep a secret?”

“Even from the princessa?”

“As long as it doesn’t involve betraying the land,” I say. I pour myself some tea to clear the taste from my mouth.

“It…what if it does involve betraying the land?” she asks.

“Then perhaps you should not tell me.”

We both sip our tea. I am old. There are many things I do not discuss with anyone but myself or with the princessa. I am used to pretending to be noble to Mira; it keeps me from having to lie to her.