Do the Next Thing.

I realized a couple of days ago that I’m good at my job.

I can sling commas with the best of them. I can argue quotation marks until I’m blue in the face. I can stand toe to toe with rocket scientists (well, engineers) and tell them they may not include metaphors in formal documentation. I can juggle a schedule, I can negotiate delays, I can determine whether requirements have been met and whether the reviewers are full of crap. I can make judgment calls and stand behind them later. I can back down even when I’m right (sometimes).

I found out someone was moving to a different job doing something similar, but with new things to learn – and I burned. Not right away, mind you. But an hour or two later, it hit me. I’m good at my job. I’m more than good enough at my job.

There are still more things to learn, but they mostly involve meta functions, like audits and process engineering and stuff like that. Nothing that I work on a daily basis.

My plan had been to work at this job until I could go freelance (not just fiction writing), but I don’t think I can wait that long. I’m disruptive when I’m bored. 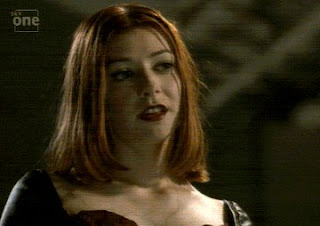 Bored now.
So now what? What’s the next thing?

Well, I do know that I want to be some kind of guru. For me, TMI = state of bliss. I like meta functions, but as a whole job? I don’t know. I did QA for a while, but someone else designed the program, I just ran with it. Something databasy? I like to design things, but I’ve never made serious money at it. Something Internetty? I don’t want to get into food; there’s not enough money in it, and I’d rather keep it as a hobby. I don’t want to go back into health care, unless it’s as some kind of geek. I keep coming back to doing something computerish. And I don’t want to have to get another degree to start doing it – although some certs would be okay.

So I keep noodling around. I’ll be surprised if I make any changes before a year goes by – and shocked if I do anything before the year is out. But there it is: I can’t fit my brain back in the same box.