I’m used to writing very analytical posts about how to accomplish what you set out to do as a writer.

However, sometimes it’s important to do the opposite and write (mostly) non-analytical posts–anti-analytical posts, even.  Certainly anti-“one stripe of analysis is better than any other” posts.

The more I learn, the less likely I am to put faith in any teacher who advises One True Way in anything.  Party because I can think of dozens of examples that violate the One True Way, no matter how much it’s stretched.  But mostly because it puts my dander up.

I mean, at least put a veil of “your mileage may vary” over your advice–it’s only decent.

AmyBeth came over to my house on Tuesday, and we got to talking about writing (as you do) and ended up discussing minor characters, or NPCs (NPC refers to “non-player character,” that is, the non-POV characters in video games).  I won’t get into specifics–they are literally not my stories to tell–but it did make me realize it was time to check back in on what I think about how to build minor characters.

Just as not all plots are Joseph Campbell plots, you do not have to do minor characters–or even the total number of characters, minor or otherwise–the way other writers tell you to do them.

It is not necessary to limit the number of characters in a story…it’s only necessary that it be a) fitting for your story, and b) clear to the reader.

If your heart is calling you in a certain direction, if it says, “We will be exploring lots of characters,” then there is no need to reduce the number of characters in order to make the reader happy.  Don’t break your heart like that, and don’t assume you know what readers want before you give it to them.

You might spend a lot of time mastering techniques that keep your readers caring about all the characters that you write about; you might have to learn to create characters who will never show up again in an extremely efficient manner so that the main plotline doesn’t get bogged down–if you’re a main plotline kind of writer, that is.  Three lines may be all that character ever gets–but those could be three great lines.

You don’t even have to have one single main character (romances often have two).  It might involve trickier footwork than you can currently imagine–but it can be done.  I think there’s a main character in the A Song of Ice and Fire series, but there certainly doesn’t have to be, or it could be dozens–George might keep us guessing until the last moment, then kill everyone off, maybe even pull a Battlestar Galactica.  Who knows?

Then again you might be making nameless, identical characters who show how the bad guys destroy even the personalities of the people over whom they rule…or giving the story a mythical feel by focusing on one or several larger-than-life figures and dimming down the light on everyone else to make the main characters seem even more legendary…or maybe subtly showing that the good guys aren’t as good as they seem (because of all the random people they kill or accidentally allow to die).  Or making characters who die off one by one…or isolating the characters from the start:  no minor characters.  You might even make up minor characters who are nothing more than the main character’s longing, reflections of what she wishes was true–but that she has to make even more real in order to come to grips with her own inner desires (and fears).

Who is or isn’t a minor character is part of how the story is told; it’s an opinion that the author holds.  Who is important enough to have a soul?

The original Star Wars movies are famous for having a lot of characters who have hidden, rich backstories–except for the Storm Troopers (and even their history comes up later).  Why?

Why not do the same thing with the Storm Troopers?

Why does that choice seem seemless with the larger plot of the original movies?

Why is it important that the little robot on the Death Star bonk into Chewie’s leg, then oh shit oh shit back up and roll away? Which races have what seem to be individual members–and which seem to have identical members?  Why?

Why are there so many developed characters in The Princess Bride?  That’s…let’s see…the four heroes, Vizzini, the old couple, Prince Humperdink, Count Rugen, the hunchback, the old king and queen, the crone who shrieks in Buttercup’s nightmares, the impressive clergyman, the grandfather, grandson, and the mom, that weasel Yellin…

And why are there characters who aren’t developed?  There are the other members of the Brute Squad, the crowd in the village (“Everybody MOOOOOVE,”), the “sixty men” in front of the gates, the members of the wedding party…Why don’t they have personalities?  Why have them at all?  Does it make the main characters (and why have so many of them?) seem more important or less?

Why does Star Trek: The Original Series have so many red shirts dying?  Why does Captain Picard constantly try to reduce developed characters into nobodies (“Shut up, Wesley”) at the beginning of The Next Generation?  Does he treat the people on the planets they visit at the beginning of the series as individuals or as stupid members of stupid races?  Why–and when–does he stop?

Why aren’t there so few developed characters in The Shining?  It’s a big book.  Surely King had room.

Here’s the answer:  because that’s what mattered to the author.

By all means, study how to build minor characters, in all the ways that you can find out.  Be efficient…be over-wordy…give dossiers…veer off into backstory chapters…give no past, only one-eyed attitude…witty banter, baleful stares, identical uniforms, innumerable Tribbles.

But write them that way because that’s what matters to you.

Not because someone told you once that you have too many characters, or you need a single main character, or you need to have minor characters who don’t call so much attention to themselves, or…

You have no power over me, said the writer to the authorities, the teachers, the professionals, the agents, the editors, the publishers, the readers…

And then there was fun. 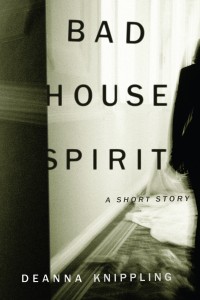