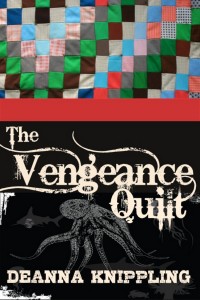 God’s work weighs on Sebastian, a new priest, harder than most.  But dealing with demons is his penance, and God never makes a burden harder than you can carry.  Or so he believes when the rivalry between two of his parishioners spirals into the supernatural.  A Weird West tale.

A Jennings Brothers story set in the same world as Chance Damnation.  Can be read in any order.

In his own head, he wasn’t Father Vincent Paul; he was Sebastian Jennings, a murderer. He hadn’t meant to become a violent man. He grimaced at himself in the mirror: now there was a face that would inspire his parishioners to love God. He checked his teeth, smoothed down his hair, and smiled. Even worse.

It was an August Saturday evening in the year of our Lord 1960, so he said Mass in his green vestments. He used to take more pride in his robes than any woman over designer dresses; now it was one more sign of his falseness under the glory of God.

He stepped out of the changing room. His older sister, Peggy, was waiting outside the door. “Sebastian? There’s a problem downstairs.” She wore an apron and twisted a wet towel in her hands. One side of her stylish dress was black from coffee or dishwater.

“Claire and Eileen are fighting over the quilt for the harvest festival.”

“You should have interrupted me.” He rushed down the basement stairs.

Claire, a small woman with mousey hair, shouted, “That quilt doesn’t belong to you!”

Eileen, a much larger woman dressed in a tent, shouted back, “I paid for it!”

Claire Christiansen was married to Frank Christiansen, one of Don Hart’s hired hands. Eileen Hart was his wife. The two women stood in the kitchen with the service window shut, as if that would make them less audible to the people drinking coffee or the kids gaping from their catechism class doors. Sebastian held up one hand to keep Peggy from trying to smooth things over; he wanted to hear what the fight was about.

“You said the money was a donation!” Claire shrieked.

Frank Christiansen came toward the kitchen door, but Sebastian held him back, on hand on his chest.

“You are the most selfish—I’m not going to say! I’ll give you back the money after we auction it off.”

“I’ll have your husband fired!”

“I just told you that you could have that damned quilt!”

Eileen noticed the others outside the kitchen door. Her blue eyes creased up at the corners. “You heard that, Father!”

Claire turned around. She had a coffee cup and a towel in her hands; she put them down and walked toward him, her heels clicking precisely on the linoleum.

She glared at him with eyes so dark as to seem black. “There’s a commandment about those who bear false witness.” She went in the ladies’ room, slammed the door, locked it, then turned on the faucet, high-blast.

Eileen leaned back on a counter with a grin on her face.

Sebastian said, “I understood the quilt was a donation as well.”

“Just for the materials?” Sebastian said. “Or for the time she spent on it as well?”

Eileen frowned. “That ain’t worth nothing. She owes me for lots of things. Milk.”

“I’d like to see an agreement for payment for her work, typed up and signed by both of you. And it would be very disappointing if I heard that Frank was fired over a disagreement between a couple of ladies.”

Eileen turned up her nose and lumbered out of the kitchen. She climbed the stairs slowly, dragging on the rail. “He could get fired for lots of reasons,” she shot over her shoulder, just as she turned the corner and went out of sight.